Adventure with me down a precipice of thought, sustained only by the rope of an analogy, slender but strong. This rope, anchored in the firm ground of sensuous perception, extends three paces in the direction of the great abyss, then vanishes at the giddy brink. Let us examine this sustaining simile foot by foot and strand by strand.

Familiar both to the mind and eye are the space systems of one, two, and three dimensions; that is, lines, planes, solids. Lines are bounded by points, and themselves bound planes; line-bound planes in turn bound solids. What, then, do solids bound? Here is where the analogical rope vanishes from sight. If you answer that a solid cannot be a boundary we part company. No argument of mine can convince you to the contrary. But if you are interested enough to ask, “Well, what do solids bound?,” logic compels the answer, “Higher solids: four-dimensional forms (invisible to sight) related to the solids we know as these are related to their bounding planes, as planes to their bounding lines.”

Let us retrace our steps and go over the ground again. A point, moving a given distance in an unchanging direction, traces out a line. This line, moving in a direction at right angles to itself a distance equal to its length, traces out a square. This square, moving in a direction at right angles to its plane a distance equal to the length of one of its sides, traces out a cube. It is easy to picture these processes and the resultant geometrical figures of one, two, and three dimensions, because the line, the square, and the cube have their correlatives in the world of objects; but the imagination fails when the attempt is made to continue this order of form-building. Here again the rope disappears into the void. For the cube to develop in a direction at right angles to its every dimension a new region of space would be required—a fourth dimension. Should you declare that there is not and cannot be such a region of space, I wave you farewell, as before. But if you hesitate, I cannot forbear to press my advantage. In such a higher space the cube would trace out a hyper-cube, or tesseract, a four-dimensional figure related to the cube as the cube is related to the square. This figure, invisible to the eye, is known to the mind. The number of its points, lines, planes, and cubic boundaries, and their relation to one another, are as familiar to the mathematician as are the elements of the cube whence it is derived. (The hyper-cube has sixteen corners, thirty-two edges, twenty-four square faces, and eight bounding cubes.)

Again return, and for the third time. Arithmetically it is possible to raise a number to any given power; that is, to multiply it by itself any number of times. There is a known spatial correlative of the second power of a number, the square; and of its third power, the cube; but we have no direct or sensory knowledge of that analogous form, the tesseract, which would correspond to the fourth power of a number, nor of the four-dimensional space in which alone its development would be possible. With the geometry of such a space mathematicians long have been familiar, but is there such a space—is there any body for this mathematical soul? 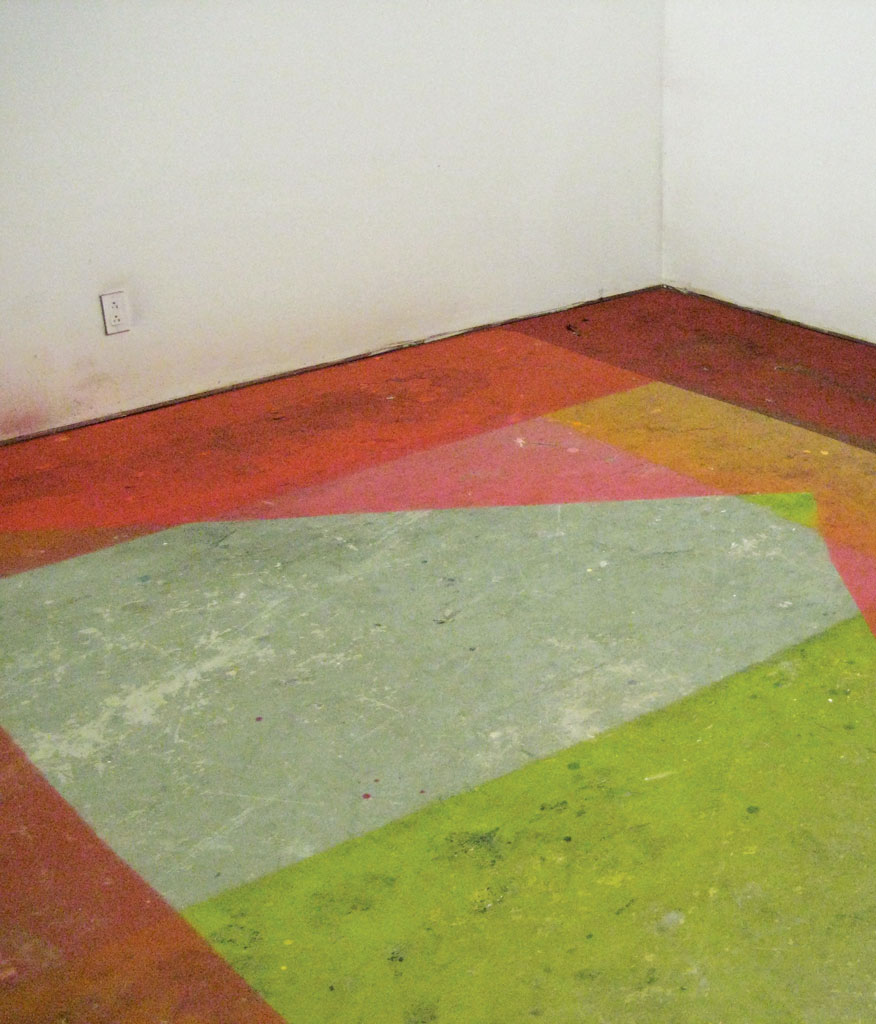 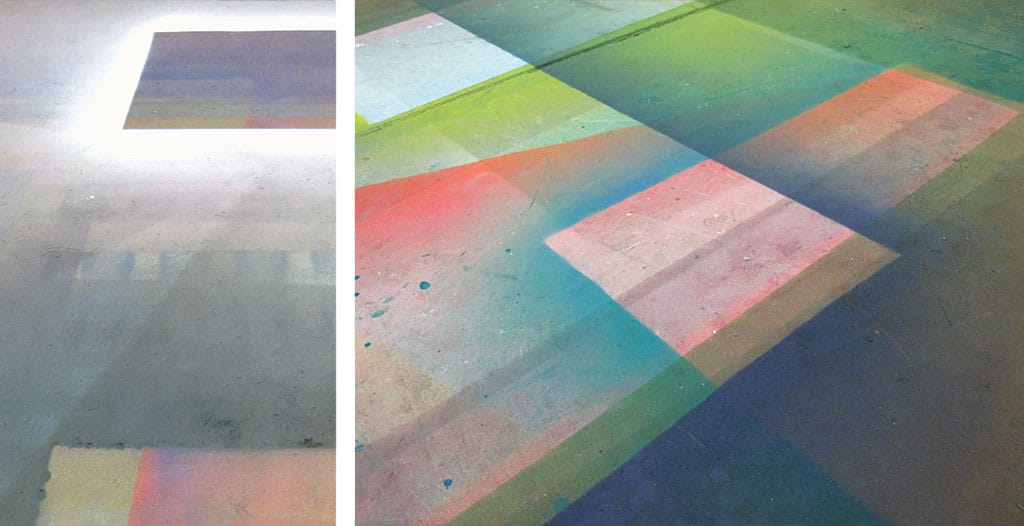 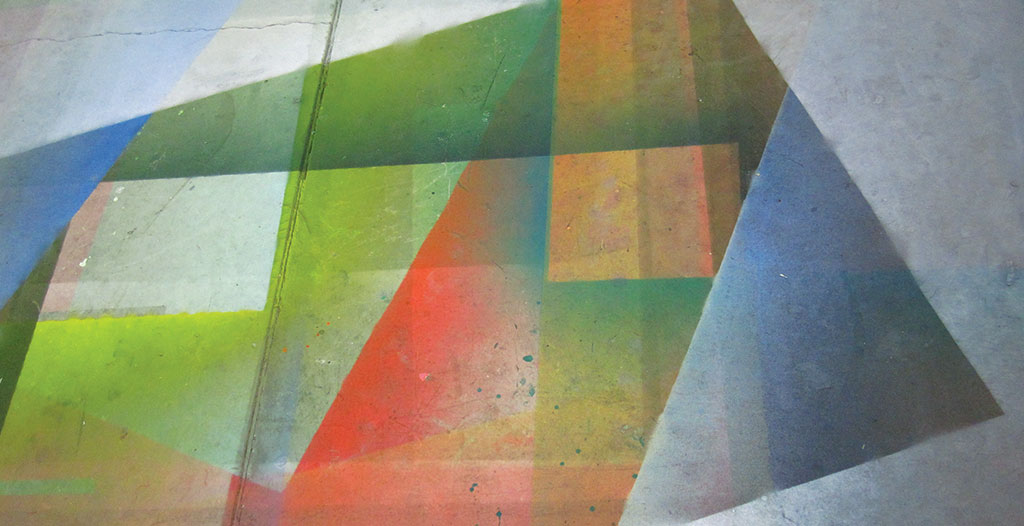 Left, and below: Tauba Auerbach’s studio floor, New York. Photographs by the artist.